Meredith Romney poses for a portrait in his home in Colonia Juarez, Mexico in July 2011. Meredith was kidnapped and held for about three days before being released. ..United States Presidential candidate Mitt Romney's family migrated to Mexico over 100 years ago after being granted asylum from Mexican President Porfirio Diaz after they had been pursued by the U.S. authorities for polygamy. ..(Romney is currently running for the Republican nomination.) 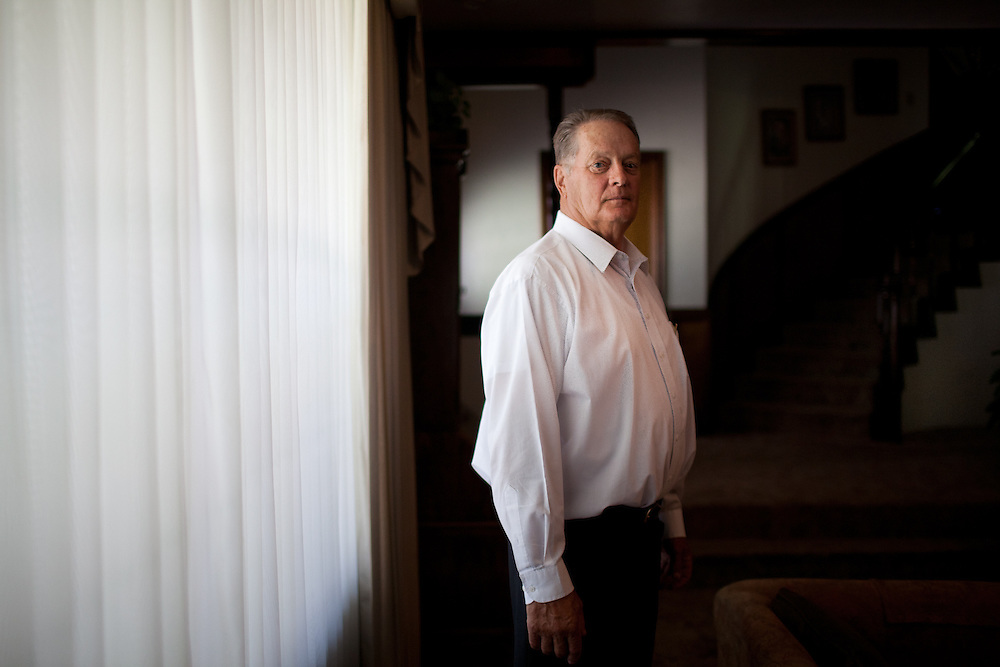